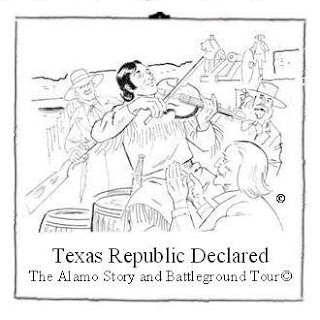 If you look-up “Arab Spring” on Wikipedia, it is described as “a revolutionary wave of demonstrations and protests”.

Are there parallels between Arab Spring demonstrations, protests, and fighting in Syria now and similar events in Texas in 1835-36?  Can Bashar al-Assad be considered a Santa Anna of his day?

One wonders if Assad will order an Alamo style massacre of the freedom fighters in Homs by the Syrian Army.  At this writing, the issue is still in doubt.

Unlike many leaders in the middle-east, Assad was not educated in the United States.  Therefore it is unlikely that he ever heard of the Battle of the Alamo or that he is aware of the rallying effect such an abomination can have on a population.

Santa Anna was not willing to negotiate with the rebels and he lost Texas.  Will Assad have better sense?

Either way, I think the events of the Arab Spring prove that, sooner or later, the people get what they want, and perhaps “Texas Spring” would be an appropriate label for the revolutionary wave of demonstrations and protests that ended with the birth of the Republic of Texas.


Posted by Dean Kirkpatrick at 10:38 AM No comments: 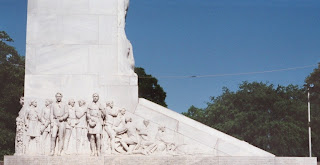 The gray marble structure that rises from the Alamo grounds opposite the long barracks is called the Alamo Cenotaph.  A cenotaph is defined as a monument erected in honor of a dead person whose remains lie elsewhere.

We have a cenotaph because they had no remains.  Not wanting any martyrs graves, Santa Anna ordered his soldiers to burn the bodies of all of the Alamo defenders.  The Cenotaph marks one of three immolation sites.

Through the years, men’s names have been added and taken away because research is still done every day at the Daughters of the Republic of Texas Library and other places.

These men came to Coahuila-Tejas, Mexico, hoping to build a new life, and ended their lives by helping to build a new country they called Texas.  They were part of a small minority of citizens, less than five percent, who won independence and liberty for all.

I have had the good fortune to meet several descendents of these men and it is always a special honor.

Posted by Dean Kirkpatrick at 9:43 PM No comments:

Courageous Acts, All Around Us, Every Day. 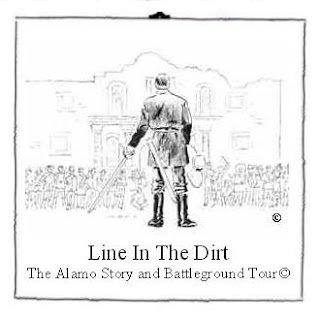 “I wanted to know why the defenders decided to stay in the Alamo and fight, and if I, personally, would have had the courage to do the same.  I think most men wonder that.”

I was signing a book for a lady to take to her husband in Florida and that was my reply when she asked how I became interested in the Alamo.

Then tears came to her eyes as she said, “I understand.  My husband is facing a similar decision in his struggle against cancer and I am hoping this book helps convince him to fight it”.

I had never considered it just that way, but now I understand that many people believe the Alamo story is proof of the heroic nature of every man, and that belief is inspiring courageous acts, all around us, every day.
Posted by Dean Kirkpatrick at 11:15 AM No comments:

Was it Jim Bowie?  After all, it was Bowie who decided to defend the Alamo, instead of destroying it, as Sam Houston had ordered.  If Santa Anna’s advance had not been delayed for almost two weeks, would Houston have had time to assemble an army to fight him.  Without the words “Remember the Alamo” burning in their souls, would the men at San Jacinto have fought as hard?

Was it William Barrett Travis?  After all, it was Travis who kept the defenders in the Alamo and prolonged the siege, when, on the second day, Bowie became too ill to command.  Why did Travis not lead a strategic withdrawal while it was still possible to escape?

Was it Sam Houston?  After all, it was Houston who defied public opinion and endured accusations of cowardice for weeks, while he ran from a fight with Santa Anna, until he was sure he could win it.  Why didn’t Houston try to negotiate with Santa Anna, or keep running until he had more men or the United States joined the fight?
Posted by Dean Kirkpatrick at 12:25 PM No comments:

I Thought The Alamo Would Be Bigger 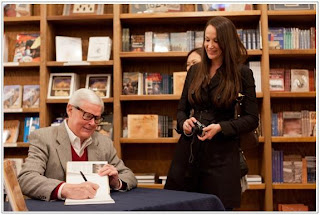 Doing a lot of book signings at the Alamo these days, I get many comments and questions like, "Where are the restrooms".  Seriously, comments about the small size of the Alamo are what I hear most.

This is understandable because most people arrive with the expectation that the physical entity will be as imposing as the legend, then they see the Alamo Chapel, which is about the size of your local bank branch, and some are disappointed.

A visitor suggested a petition to require the State of Texas to buy up the land and restore the entire, three acre, 1836, Mission de Valero.  Though such a restoration would be exciting, I think it would still fall short.

The fact is that the Alamo adventure took place all over San Antonio, beginning a mile and a half up Commerce Street from Alamo Plaza.  I believe an Alamo Trail, similar to the Mission Trail, is needed.
Posted by Dean Kirkpatrick at 6:43 PM 8 comments:

Dean Kirkpatrick
Houston, Texas, United States
I was five years old when my parents brought me to The Alamo. I saw it for the first time, after dark, with not a living soul around and barely enough light to see the figures on the monument. I remember that the sky was deep blue, and the pure white flood lights aimed up at the Chapel painted the yellow stone walls with a heavenly luster. I don’t remember what my parents said about the Alamo that night, but the shimmering vision, and the feeling that I was looking at a sacred place, stayed with me.